Ofer was born in Israel, and graduated from the Rubin Music Academy in Jerusalem, where he studied with professor Bracha Eden, and Benjamin Oren. He continued his postgraduate studies in piano and musicology at the Hebrew University. He has performed as a soloist and with several chamber music groups, such as the Kaprisma Ensemble, and in the International Galil Chamber Music Festival. In 1996 he established the "Atar Piano Trio" which is now one of the most active chamber music groups in the country performs many concerts and special projects in Israel . As a musical director of the group, Ofer created and produces many succesful musical projects which are performed offten in Israel and Europe. These programs includes original arrangments made by Ofer - bringing folk music in to a chamber artistic performance. 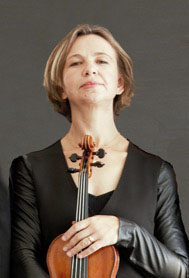 
Tanya Beltser Bloch was born in Ukraine and immigrated to Israel in 1994. She started to learn violin at the age of 5 and won a competition when she was only 7 years old and at 14 years old she won the national competition of Ukraine. She graduated her bachelor degree under the guidance of professor Glizarova and her postgraduate studies under the guidance of Mrs. Ora Shiran in the Rubin Music Academy in Jerusalem. During her studies she played in the "Young Philharmonic Orchestra" and other chamber ensembles. Her repertoire spans on various musical styles including: traditional classic, virtuosic music, folklore, modern music and Jewish music. Tanya played with the "Atar Trio" in numerous concerts, productions, and musical educational projects since its establishment. Lately the trio played in international festivals in Italy, Austria, Hungary and Slovakia and cooperated with Altenberg Trio from Vienna. As a solo musician Tanya played recitals in Israel and abroad. In 2006 she played memorial recitals for the well known violinist Chikarole in Italy. During her career Tanya worked with many Israeli composers and participated regularly in Israeli music festivals.

Besides her activity as a performing artist Tanya is teaching violin and is a member in the teaching staff of the "Hasadna" conservatorium and the "Magnificat Institute" in Jerusalem. 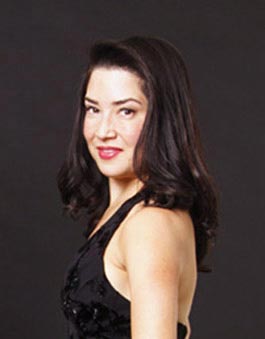 
Cello virtuoso Kristina Reiko Cooper has won worldwide acclaim for her musical diversity, artistry, and charismatic stage presence. Her credits range from having received her Bachelors, Masters, and Doctorate of Musical Arts at The Juilliard School to currently serving as visiting professor at Tel Aviv University, Israel. “striking virtuoso” —Los Angeles Times Although well-known for traversing musical genres, she first established her career as a classical artist.

Hailed by The New York Times as “sensational in concert” and as a “striking virtuoso” by the Los Angeles Times, Kristina has performed as a soloist and chamber musician on many of the world’s most distinguished stages including Carnegie Hall, Lincoln Center, The Kennedy Center, Suntory Hall of Tokyo, Radio France in Paris, and appearances with the Prague Chamber Orchestra, the Toronto Symphony and the Tokyo Yomiuri Symphony. Her many festival appearances include The Lincoln Center Summer Festival, Mostly Mozart, Musicians from Marlboro, Bang on a Can All-Stars, Stresa International Music Festival, Aspen Music Festival, and Spoleto Festival USA. Kristina recently made her acclaimed solo Carnegie Hall Debut with the Tel Aviv Academy Orchestra. An enthusiast of new, popular and contemporary works, Kristina is well-known for her adventurousness. She has had many original works written and commissioned specifically for her. Among the composers that she has worked with are Phillip Glass, Mario Davidovsky, Josef Bardanashvili, and Roberto Sierra. As a chamber musician, Kristina received the Walter M. Naumburg Chamber Music Award first prize. She has been a member of many renowned ensembles, including the internationally acclaimed Quartetto Gelato, Opus X, and Intersection. She was also the musical director of The Israel Chamber Music Society.

Kristina has an extensive discography of CD and DVD recordings, including many best-sellers. She was featured in the widely broadcast Quartetto Gelato–A Concert in Wine Country, and a recently released a solo recital DVD through Amadeus Press. Kristina has been heard often on National Public Radio, the Canadian Broadcasting Corporation, and NHK in Japan as well as in television broadcasts for CNN, PBS, CBC Television, CBS’s 60 Minutes. Kristina received her bachelors and masters degrees in music and her doctorate of musical arts from The Juilliard School where she studied with Joel Krosnick, Robert Mann, and Felix Galimir. She is currently a visiting professor at Tel Aviv University, and plays on a 1786 William Forester Cello. Kristina’s Around the World with Love multi-media project and upcoming CD promise to add yet another gem to her already brilliant array of musical programs. Kristina is also available for student outreach programs. 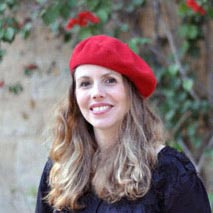 
Ye’ela Avital is a soprano singer, a MA student in the Jerusalem Rubin Academy & the Hebrew university under guidance of Mrs Mrina levit. She began her musical education in the “Ankor” children's choir, with whom she performed in many solo parts. In 1998 she started studying in the Jerusalem Rubin Academy under guidance of Mrs Pnina shwartz and Mrs Mriam melzer. For the past few years she has participated in the Israeli Vocal Arts Institute in Tel Aviv and the Early Music Workshop in Jerusalem. She has participated in master classes with Mrs. Nancy Argente, Mrs. Evelyn Tubb, Mrs. Joan Dornmann, Mrs. Vera Rosa Nordel and others. Ye’ela receives a scholarship of the America-Israel Cultural Foundation since 1998; at this year she received an Excellency scholarship in vocal barok.

Ye’ela performs in many recitals and concerts in Israel. She has a wide repertoire, from early music to contemporary music. As a soloist she performed in the Abu Gush Festival, Kfar Blum Festival and in the Jerusalem Academy production of Hanzel und Gretel (Humperdink). She has performed early music with several ensembles all around Israel and on television; she had also been recorded in the radio. Ye’ela sings as a soloist in Ensemble Arcadia and in Ensemble spirito baroko. 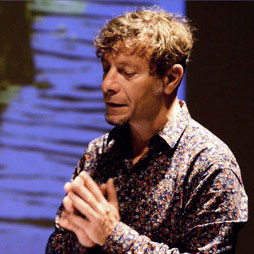 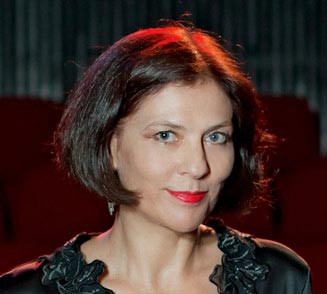 recipient of the Segal Prize for Yiddish culture, is one of the leading Israeli interpreters of the Yiddish song. She has performed in concerts and festivals throughout Europe and the USA on some of the world's most prominent stages, as well as in recordings. Her programs consist mostly of Yiddish songs, many of which are written to the finest Yiddish poetry. A great part of her repertoire is chamber music written by her father Leibu Levin, a well-known Czernowitz born Yiddish actor, singer and composer.

Among her dramatic roles were Mirele in Itzik Manger's Hotzmekh Shpil directed by B. Zemakh and the role of Esterke in Manger's Di Megile directed by Sh. Bunim. Among her solo programs are: Secret guests (music to Yiddish poetry); Tsigele-Migele (Yiddish children’s folklore and songs); Yortsayt (Poetry written during the Holocaust), A Graceful Willow Tree (Yiddish songs by women and about women), Tunkl Gold (Songs of the Golden Peacock). Together with the musician and actor Avishai Fisz created a Cabaret Du undzer shlimazl, undzer shtern from Itzik Manger's songs, and the Cabaret Di Bloye Katz (The Blue Cat Cabaret), with theater and street songs from the 30-s. Together with Mike Burstyn she recorded the CD More Beautiful than Before from Leibu Levin’s songs, in 1997.

In 2006 the new Anthology of Yiddish Poetry set to music Leibu Levin. Word and Melody was published by I. L. Peretz publications in Tel-Aviv. The Anthology, compiled by R. Levin, contains 49 songs to poems by 21 Yiddish poets, prologue and biography of the composer by Ruth Levin.